Like any easily influenced fan, I was seduced by Lena Rivo's plein air videos, and splurged on the rather expensive Guerrilla Painter 9x12 inch pochade box in an attempt to paint like her. The weather here in the UK is nothing like Portugal, especially now in winter. So I compromised and painted in the shelter of our garage instead.

What is a pochade box?

A pochade box, as suggested by its pronunciation, 'posh-shard', is a posh painting easel box of some kind. They are usually made for oil painters as they feature compartments and devices for storing paints and whatnot and for transporting wet canvas. You can also use them for gouache (pronounced 'goo-wash') and watercolour, which is what I am using mine for, though admittedly it is a bit of an overkill.

Like all rather expensive art equipment, the purchase of it requires sleepless hours of considerations and late night browsing the internet for product reviews, user photos, youtube unboxing, bargains, etc, before the actual purchase. Some would think it is a form of procrastination from actually creating art.

But of course, it can dramatically contribute to the improvement of one's art as I expect mine to do for me. And I might even become as good as Lena Rivo. After all, it is the exact same 9x12 Guerrilla Box™ that she uses. Here are some of the hopeful thoughts I had when making the purchase:

It was December when I finally got the chance to try out the new pochade box. It was the last day of school before the winter holidays. My 5 year old's school ended at 1:30pm that day, so I took the day off from work. For the whole morning I had freedom.

Unfortunately I woke up late and took ages to pack up the stuff, to find my portable stool etc. Also I was indecisive about what to draw, and where to go. So finally when I was ready, it was only 1 hour to go before pick up time, and I hadn't even had lunch! Also it was cold out as it was winter, so I ended up setting up in my garage with the garage door up, so it was nearly plein air. 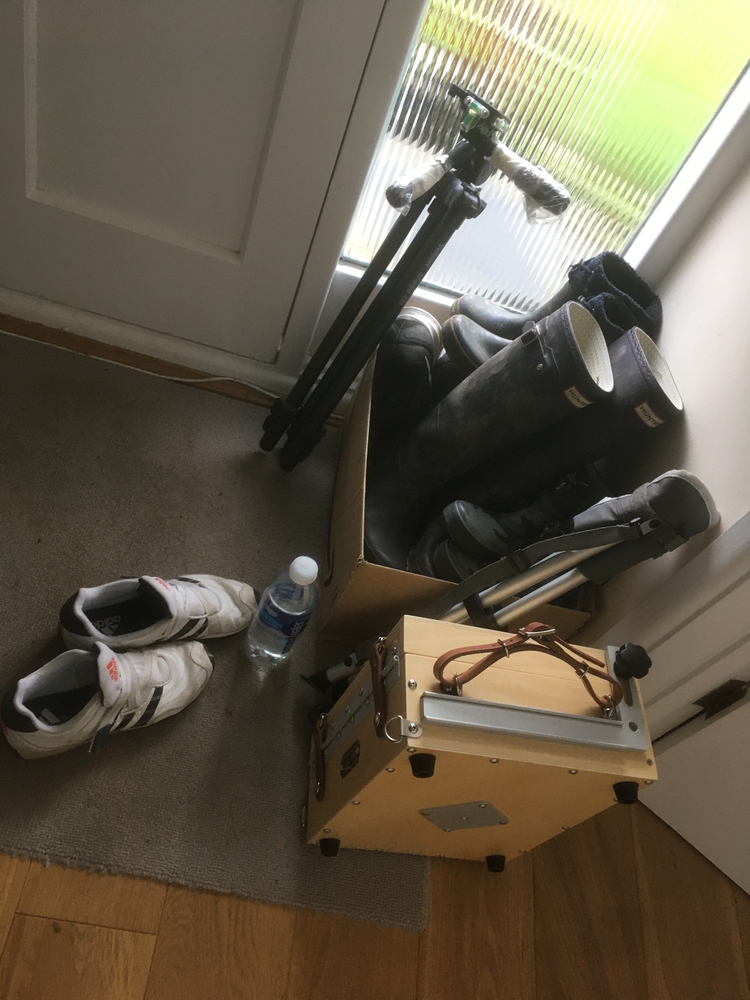 Getting ready to go out 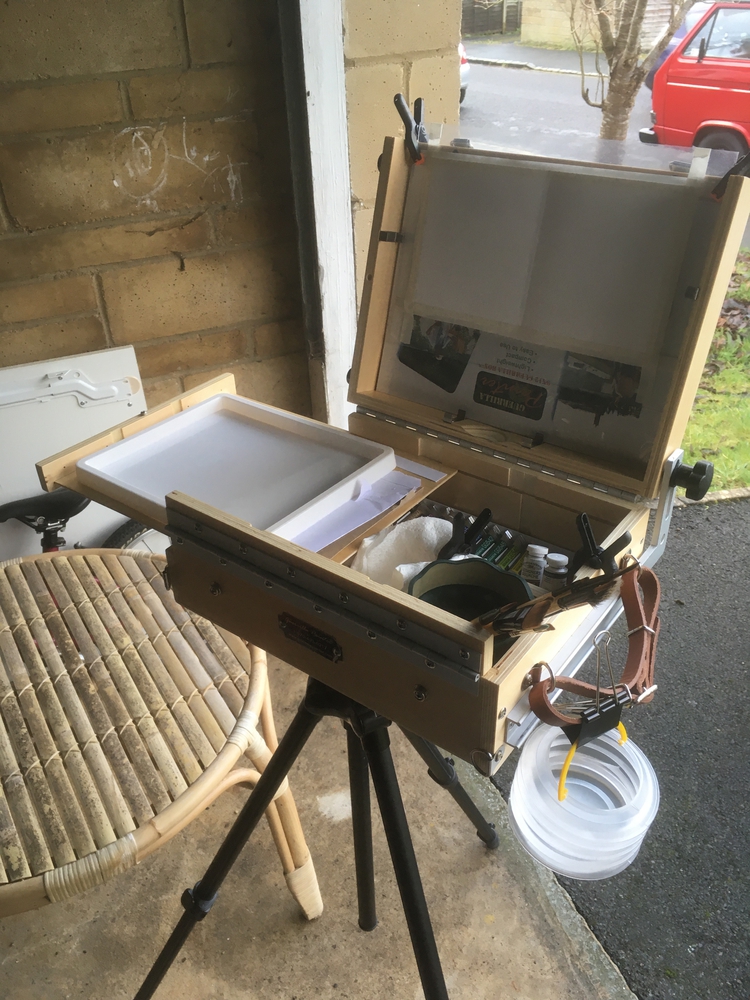 Setting up in the garage

Once I got over the faffing of the initial set up, I got absorbed in the painting process. It was quite a marvellous feeling actually, sort of being outside, and yet not too cold. I was listening to my son's 'How to Train Your Dragon' audio book (narrated by the marvellous David Tennant) while painting, which got me laughing out loud a few times.

There were many delivery men about, that being a weekday and approaching Christmas. I was glad I didn't paint on the street as it would have been embarrassing to have someone see what I was painting. It was my first attempt at gouache and I didn't really know what I was doing. Nevertheless, I still got glances from people walking past. Hopefully they didn't know how rubbish I was.

Sadly 1 hour flew by quickly and I had to clean up and go get my boy from school. Why hadn't I started earlier? I should really do this again! 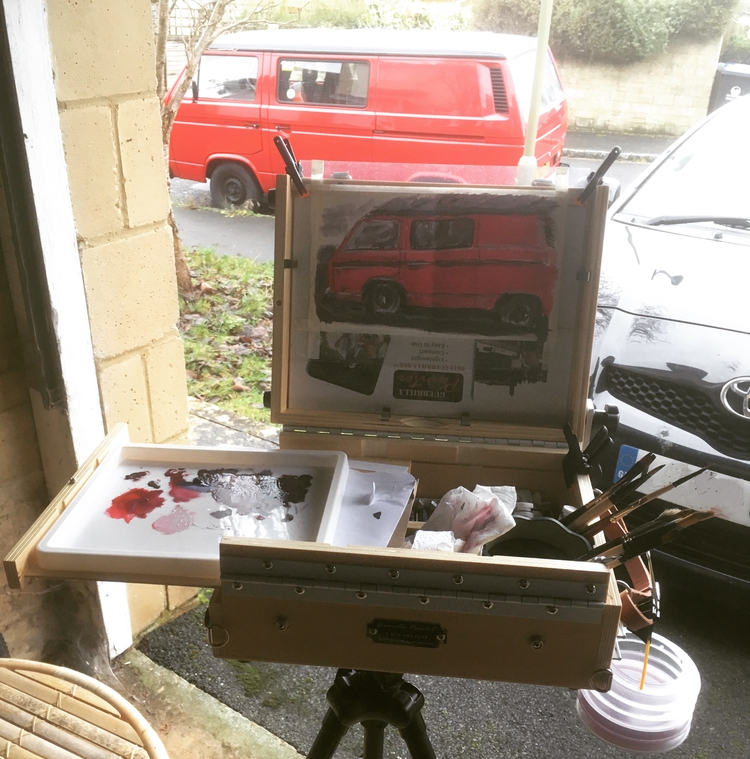 Nearly times up just when I was getting into it.

My verdict on the pochade box

I love it! It is inpiring by way of just being beautiful and feeling right. There are a few issues and solutions I later found regarding painting with a pochade box:

And then I saw Jame's Gurney's extra portable sketch easel that he made himself and a whole load of variants others have made. This will definitely make me sketch more. I need one of those too. 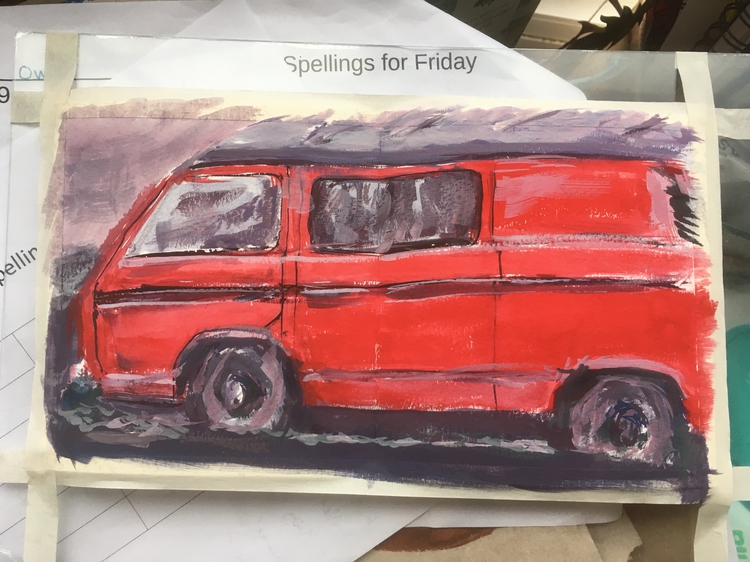 The initial painting in 1hr painted from life. 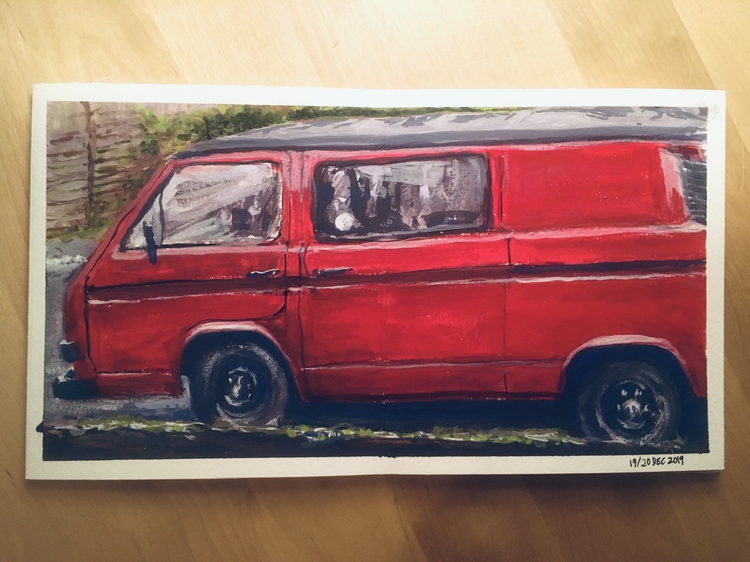 The final painting after touching up at home.